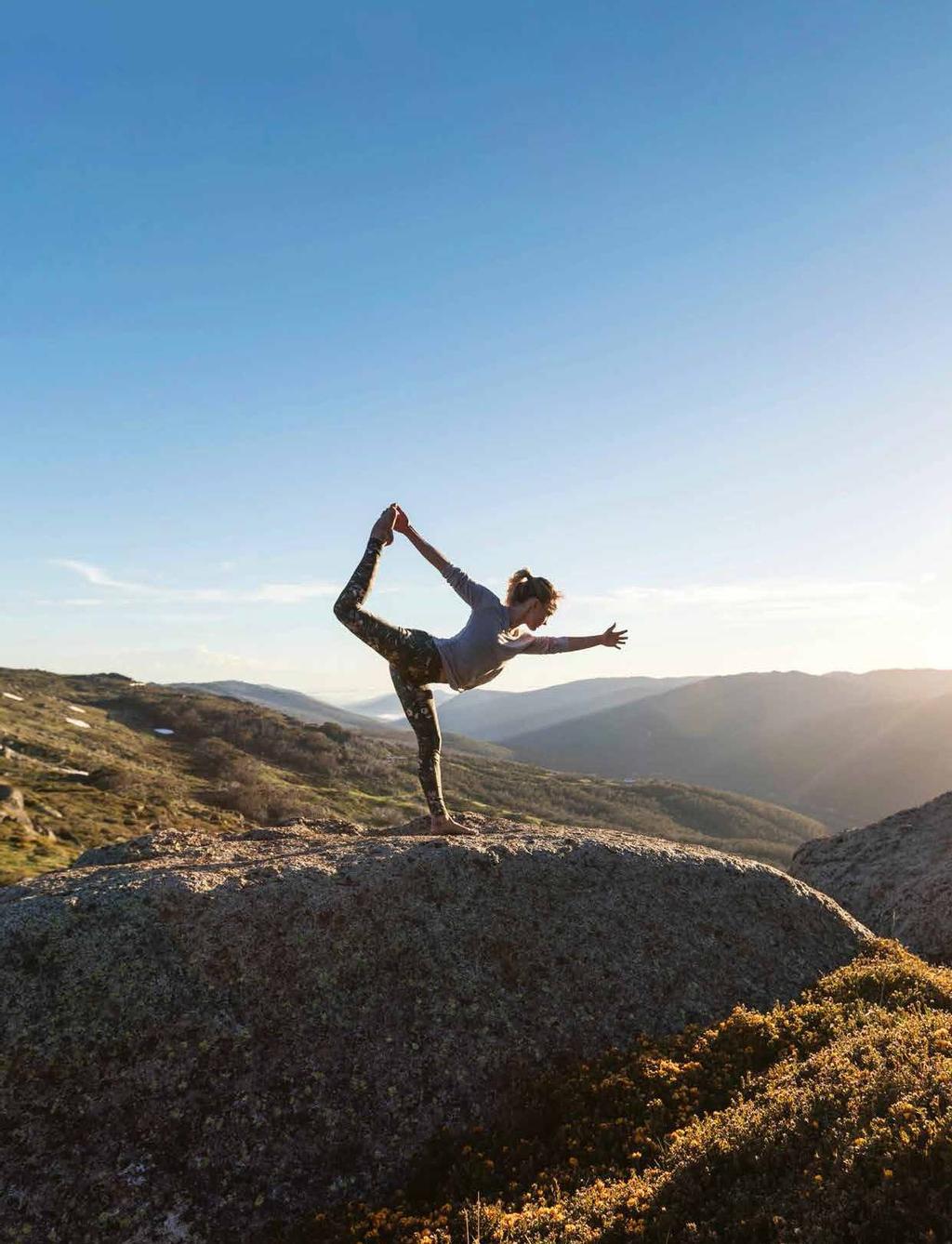 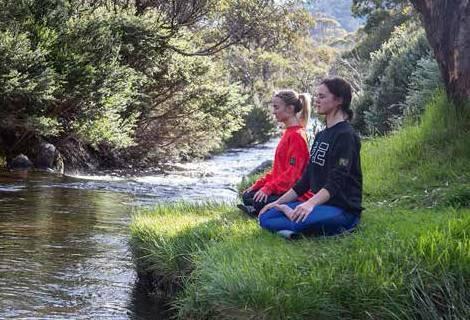 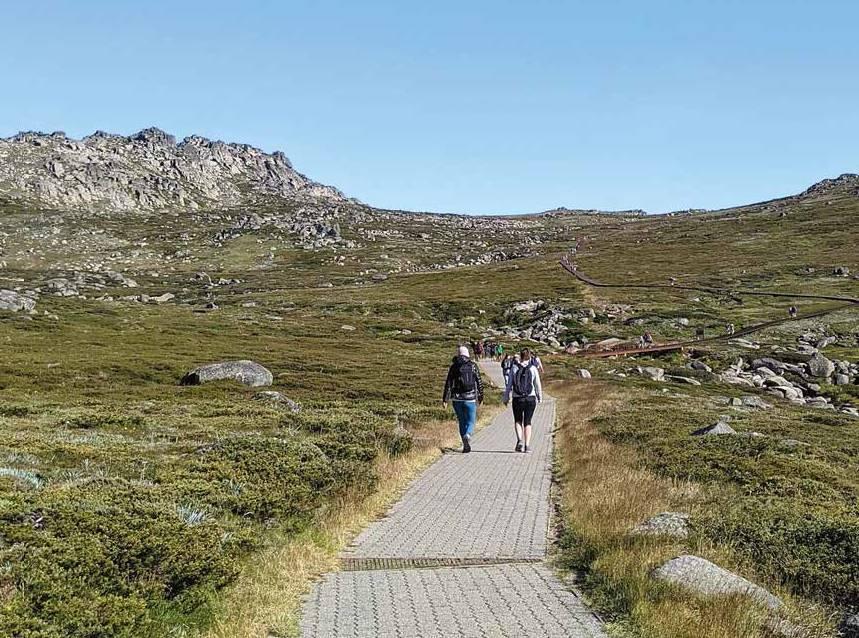 The sun is rising over Australia’s highest mountain and, despite my usual aversion to early mornings, I am rising too … from a shaky downward dog to the aptly named mountain pose.

I am no yogi, but I have found myself engaging in this ancient practice from the highest point in the country, Mount Kosciuszko, while taking part in Thredbo’s Wellness and Yoga Retreat. And when I say ‘found myself engaging in’, what I mean is ‘actively pursued’. Part of the resort’s summer program, the three-night retreat promised to be just the tonic after almost a year of uncertainty and stress, exacerbated by the global pandemic.

Located in the Snowy Mountains, about 215km southwest of Canberra, Thredbo is well known as one of Australia’s pre-eminent ski resorts, but its summer offering deserves billing too. Sunrise yoga among craggy rock formations and alpine flora, at 1927 metres above sea level, is a highlight of the itinerary and it is in good company. Following this sun-dappled sequence of asanas, a hike to Kosciuszko’s 2228m summit is just reward. Feeling on top of the world while standing on top of Australia – Namaste, indeed.

The rock pool cold immersion is shockingly liberating. I wade in, cautiously, and feel each of the water’s 10 chilling degrees in my bones. Arm in arm, the group submerges together and resurfaces with high-pitched gasps and, inexplicably, beaming smiles.

Our instructor, Jane Corben, is key to the retreat experience. Equal parts knowledgeable and gentle, she makes it wholly accessible for every member of our diverse group, helping us connect so effortlessly over yoga, hikes and meals. There’s something so grounding about connecting in such a way, not only to your body and your mind, but also to nature and those we share it with. I wish I could remember this more often. Experiences like this one certainly help. 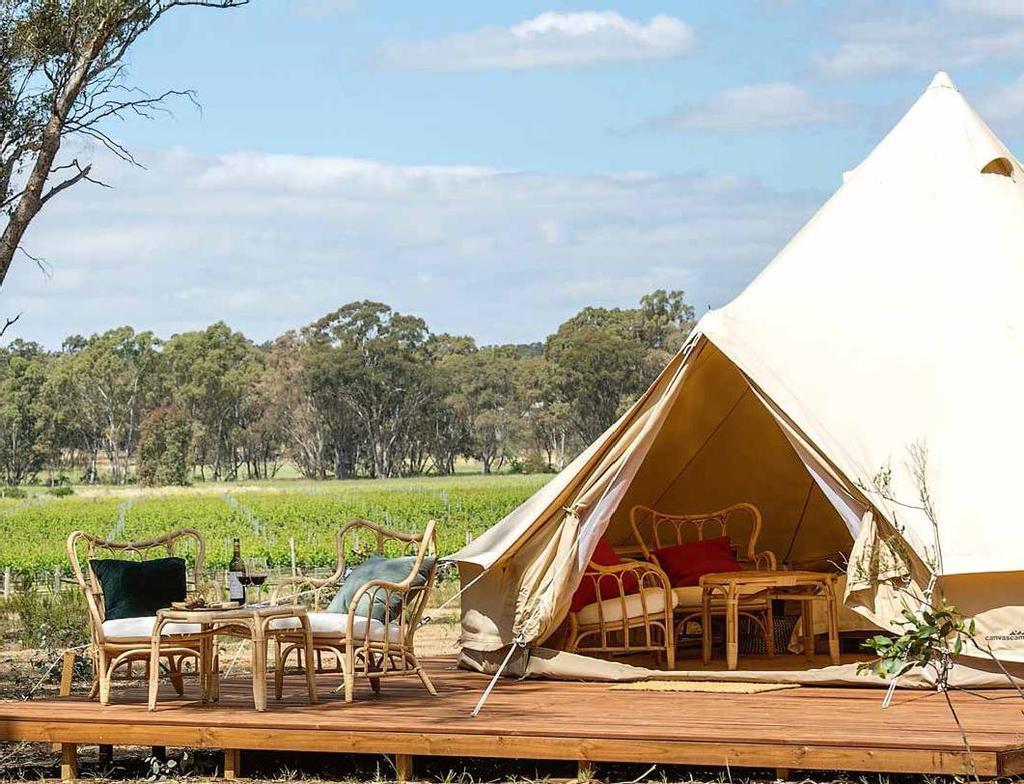 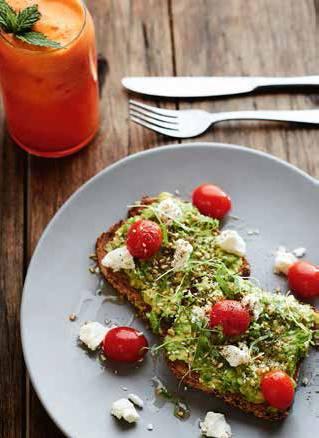 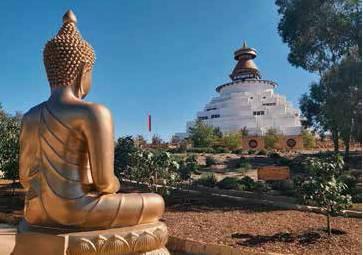 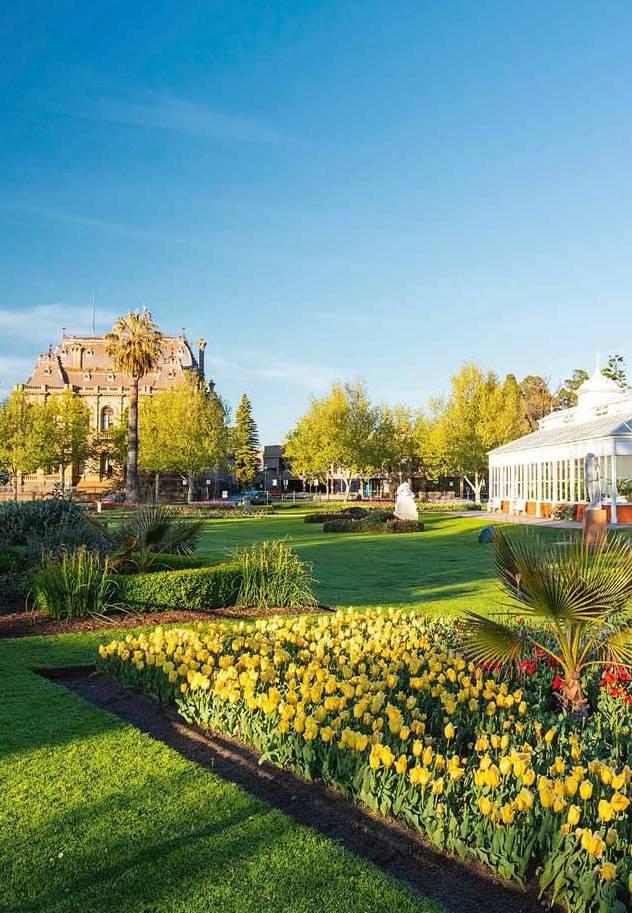 Bendigo’s love affair with food has certainly flourished since resident Frank McEncroe invented the Chiko roll in the 1950s. So much so that in late 2019, it was declared a city of gastronomy by UNESCO – the only Australian city among the 36 on the list. The city has fine wine and fabulous fare to offer, as well as a rich cultural history. In the gold rush of the late 1800s, Bendigo blossomed into the wealthiest city in the world, ‘the Vienna of the bush’.

Start your culinary adventure at the only rooftop bar in Central Victoria, Nimbus, at 103 Mitchell St, where staff create a bespoke cocktail from Golden Sunset Gin by the local Morris Lane Distillery. Watch the sun set over the town and share a platter of nibbles with friends. At Chancery Lane in the heart of the city, treat yourself to gourmet fare at Spanish-inspired restaurant El Gordo or The Dispensary, where the modern Australian cuisine certainly helps the medicine go down! Top breakfast haunts around town include Percy and Percy, Edwards Providore and Ghosty Toasty.

Just out of town, Balgownie Estate, offers great food and wine tastings and three glamping options: single dome, double dome and safari tents. The latter have air-conditioning, four-poster beds and indoor bathrooms. The deep soaking tubs and swing chairs on the decks are perfect for quiet contemplation of the countryside. Nearby, Sandhurst Ridge Winery has cottage accommodation and offers a taste of old Italy in the form of its specialty drop, a sparkling Nebbiolo.

The most surprising discovery in Bendigo is the Great Stupa of Universal Compassion, unveiled to the public last year. The pagoda is the largest in the western world – 50 metres square at its base and about 50 metres high – and contains a 2.5 metre-high Jade Buddha, the largest Buddha in the world to be sculpted from a single block. See stupa.org.au